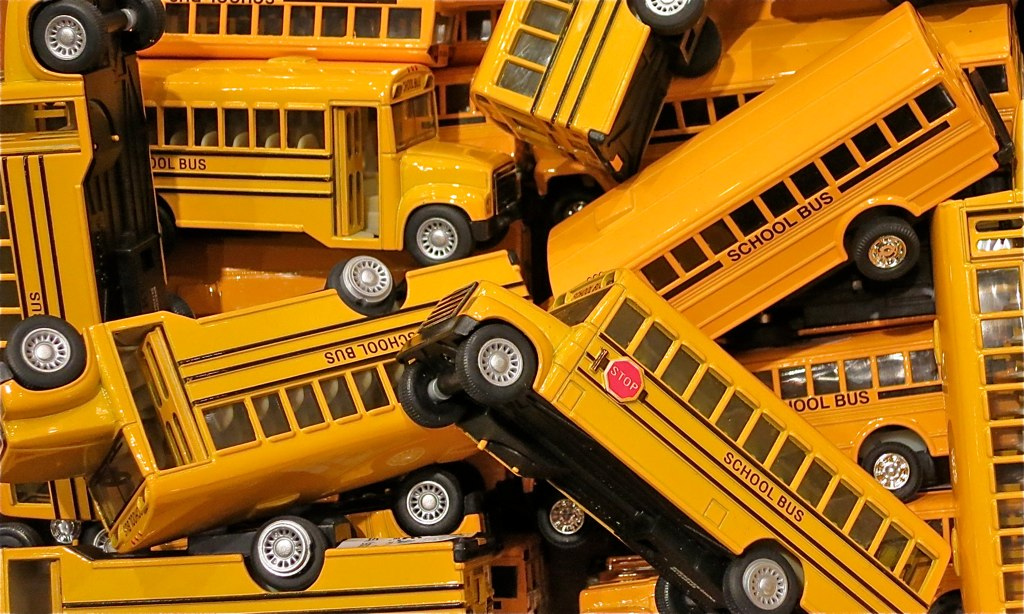 In an increasingly diverse American society, it is necessary for people to know and understand people from all backgrounds and walks of life, yet our education system does not prepare us for that. Since many of America’s major metropolitan areas are segregated by race, how are those students going to learn to get along with one another before becoming decision-making adults? How can we shake up our society in order to create real and meaningful diversity that prepares students for a multicultural world?

I recently finished the book “The Detroit School Busing Case,” authored by Joyce A. Baugh. This book takes us to Detroit in the 1970’s, tense with conflict over whether or not to send students on buses in order to alleviate school segregation. The stakes were palpable in a city recently marred by racial violence during the Detroit Riots of 1967 and the cold reality that the Civil Rights Movement did little to alleviate the plight of African Americans in Detroit. However, White suburban stakeholders made it clear that they wanted nothing to do with Detroit’s problems:

“Intellectually, I’m for equality in education, and busing. But not in the Detroit area. I’m interested in equality, but I do not want my child in the inner city and faced with the problem of the ghetto”- Grosse Pointe parent.

“My dad used to live in an integrated neighborhood, and he said he’d go to jail before he’d let them bus me.”- Warren high school student.

“Everybody feels sorry for kids in the inner city…My parents worked hard for their money so they could bring me to a better area.”- Warren resident.

These arguments won out in the halls of the United States Supreme Court in 1974, who ruled in a 5-4 decision that the government had no right to send students across district lines in order to alleviate Metro Detroit’s de facto segregation. Grosse Pointe, Wyandotte, Clawson, Dearborn and the rest of the suburbs could keep their districts lily white as long as the residents of those towns were White. Detroit, on the other hand, was forced to bus students across its district to spread students out across various schools in order to achieve a more equitable racial balance.

Fast Forward 43 years and much has changed. For one, the White flight from Detroit. For example, in 1970, when integration plans were first being discussed in Detroit, 96.9% of Detroit Denby students were White. Today, 0% of Detroit Denby students are White (“The Detroit School Busing Case”). For a variety of factors, including in small part the push to integrate Detroit public schools, but more prominently jobs fleeing to automation and the suburbs, and the deterioration of Detroit to violence and drugs, White people moved away from the inner city to the suburbs.

There have been further developments, however, that have impacted the racial make-up of schools. For one, the racist housing covenants of the mid-20th century are gone. It is not just White people fleeing to the suburbs now- it’s Black people as well.

Of course, there are still very clear boundaries of race that mirror Detroit’s boundaries. In fact, Metro Detroit is the second most segregated city in America, beating out all southern cities. However, with school of choice policies, Black Detroit parents now have the option of sending their children to public school districts outside the district. So has school of choice led to de-segregation to counter-balance residential segregation?

Data show that 7,833 students leave the Detroit Public Schools via school of choice, mainly to blue collar, inner ring suburb public school systems, which are desperate for more students(and thus cash) due to decreasing enrollment. The following districts have many fewer White students than are residents in those districts:

Thus, a problem with school of choice is that many White parents simply remove their children from schools with increasingly Black student populations, either taking them to Whiter public school districts Whiter charter schools, or Whiter private schools. Regardless if this is the intention, the result is the same: students are losing out on the valuable opportunity to learn next to students that don’t look like them. The reality is also that high-performing and wealthier districts such as Troy, Bloomfield Hills, Novi, Grosse Pointe, and Birmingham (niche.com’s top 5 districts of 2018) take in very few students from school of choice. The fact remains that educational choices for Black Detroit students are either dangerous (Detroit Public Schools), ineffective (charter schools), or subpar (inner ring suburban schools).

The bottom line is that busing nor school of choice proved to be the silver bullet to end school segregation in Metro Detroit. As a society, we must think for the next generation, what values do we want to instill? Is diversity important? Should students grow up learning next to those who are not like them? What about growing up with students of different economic backgrounds? Should parents’ property values and wealth determine where students will go to school? Since the Milliken vs. Bradley Supreme Court decision in 1974, we in Metro Detroit have failed to address these questions of school segregation; school of choice is not the answer because the choices are inadequate for Black Detroiters and the most vulnerable in our society. For the most part, school of choice involves lower class-middle class students being shuffled around struggling districts that all need significant improvements. The wealthiest districts such as Birmingham and Bloomfield Hills avoid school of choice for the most part and continue to shield themselves from increased diversity.

Back in 1974, Judge Thurgood Marshall reflected after the Milliken vs. Bradley case that rejected a metro Detroit cross-district busing plan, “Unless our children begin to learn together, there is little hope that our people will ever learn to live together.”

If not busing and school of choice, how else can we ensure that students will grow up to be virtuous people in an increasingly diverse society? Can Metro Detroit’s education system provide valuable opportunities for young people to interact with those that come from different racial, cultural, and economic backgrounds? Can this occur despite rampant, de facto housing segregation in the whole metro area?

This can certainly not be achieved by a “separate but equal” mentality that separates White children from minority children in school. We must search for better solutions.

*Stat about Denby students from 1970 and quotes by Metro Detroit residents and Thurgood Marshall taken from Joyce Baugh’s 2011 book, “The Detroit School Busing Case: Milliken v. Bradley and the Controversy over Desegregation.”

Ask most teachers and they will tell you the same thing: they are sick of people from non-education professional backgrounds making huge decisions about the future of education.

I am sick of these people too- and now I am doing something about it. I will use this blog to respond to mainstream views about education, about teachers, and about our future. Of course, there is an intersectionality between education and a multitude of issues, so my blog will touch on politics, gender, race, class, economics, current events, and a variety of academic disciplines.

To give a broad overview of my educational views, in general, I am in favor of strong and robust public schools, I want to give all students the opportunity to succeed in education regardless of their parents or zip code, and I am in favor of elevating the teaching profession. Things I am skeptical about are charter schools, school of choice, high-stakes test scores, college-for-all, factory-style k-12 education, vouchers, blended learning, replacing teachers with technology, and politicians making callous decisions for schools and children that should be made with the help of stakeholders such as teachers and students.

I am doing this to shed light from within; I have experience teaching several subjects in various urban and suburban schools; simply put, I have taught at some of the worst schools in America and some of the best. I have given much of myself to be a teacher: physically, mentally, and spiritually. Early mornings, late nights, breaking up fights, being there for broken youths, helping future doctors and lawyers, you name it. I am whatever my students need me to be.

Simple. To change the world, to inspire others, and to help create a world worth living in.

But I don’t want to be a teacher forever- I am young and I am already feeling some of the burnout symptoms. Being an intellectual teacher, I eventually hope to tackle education from a more systemic level, and this blog will serve as a springboard for my intellectual pursuits.